In today’s world, it’s all about the buzz a brand will create around its name. This can be done through buzz marketing.

Despite it being mainly an offline marketing technique, buzz marketing can work very well both online and offline, and it can upgrade a brand’s digital marketing game.

But what is buzz marketing exactly?

Taking that definition into consideration, we can undoubtedly claim that buzz marketing is a necessary component of your marketing strategies and actions.

Let’s say you have used a PR tool and come up with various PR opportunities, to create word-of-mouth. Or that you’ve organized a highly successful event.

The word-of-mouth “fame” you’ll acquire will create the buzz you need around your name or product -or, most likely, both.

However, there is a question to be answered: How can buzz marketing be used to generate more leads, bring more prospects, and lead customers through various funnel stages?

Buzz Marketing Is Not About Brand Awareness

The first thing I’ll need to clarify is the one stated above.

If you need brand awareness, you can promote your brand in many different ways. And for one, buzz marketing is not something that can help you build awareness, as controversial as this may sound.

You can achieve brand awareness with guest blogging, getting into social media, creating free online courses, podcasts, and webinars.

For example, a great social media hack for brand awareness and engagement is a giveaway. But will it result in word-of-mouth as well?

No. Because it’s not unusual, it’s not controversial. A giveaway is something that takes place every day, and every brand has done it.

These will put your brand out there, but they’re staples that won’t get you word-of-mouth as quickly.

And the goal of buzz marketing is to make some noise around your brand.

How To Use Buzz Marketing Wisely

According to Mark Hughes’ book “Buzzmarketing“, you can get people to talk about you when you give them a topic that interests them.

Of course, it’s not as simple as just following the digital trends and creating social engagement.

Give the public something to talk about by triggering them with an exciting buzzword and one -or some- of the following elements.

You could deliver a topic or a trend in a million different ways. However, using the hot buttons above will result in your potential audience discussing your brand.

However, there’s a way to using these as well.

Let’s go into a little more detail on how you can utilize buzz marketing’s elements, as listed above.

This is the first one and, in my opinion, one of the most fruitful ones.

Marketers who use the Taboo buzz button utilize one fundamental principle of human nature: People love hushed conversations that revolve around what should be a secret. It entices them, makes them engaged and looking for more.

Of course, taboo doesn’t mean secret or “shunned by society”. It just refers to a controversial topic.

If, for example, you need to create a social media post or a blog post, you can always use a controversial title.

Notice the “Everyone thinks are true” part. It’s the taboo element you need; it gets people running. And it will get your post shared around.

Using this element will help your content stand out, and what stands out is what delivers results.

Think like a prospect when you’re creating your personal brand. What would stand out to you? If you could find unique content, wouldn’t that capture your attention? Wouldn’t you end up engaging with that brand somehow?

One of the best examples of unique content would be Dollar Shave Club‘s landing page:

The above video is the one used on their landing page. Notice the title: “Our Blades Are F***ing Great”.

This subscription-based model was the brand’s Unique Selling Point (USP), and this video landing page generated the buzz that brought 12.000 new customers in 48 hours.

What are your prospects talking about when you’re planning on releasing your Facebook marketing campaign?

What are they thinking about when you’re planning on generating the buzz your brand needs?

Follow the trends, engage in social listening, and create a campaign based on the topics discussed.

Ensure that this campaign is something remarkable – something that people will discuss, as it covers all of the hot topics in an imaginative way.

A great example would be The Shelter Project‘s social media campaign.

This campaign focused precisely on what prospects in their niche were discussing: how people need to think of shelters and rescue groups as their first choice when it comes to getting a pet.

Their campaign managed to generate engagement and discussion around the functions of shelters and how rescue groups operate. What is more, it shifted attention to a more ethical way of acquiring a pet.

This is one of the tricky ones. You can be outrageous and create something memorable, but it needs to be tied to something.

Whether it’s your brand values or a topic people discuss that has to do with your niche, you need the outrageous button to trace back to you and your brand somehow.

As most of us already know, Red Bull’s tagline is “Gives You Wings”. And the brand went as far as collaborating with Felix Baumgartner to break a record and “creating” the first person to break the speed of sound during a free fall while skydiving from space.

Freefalling from 120,000 feet did do the “Gives You Wings” tagline justice and created some incredible buzz around Red Bull’s name, from the weeks leading up to the event and the brand posting updates to create a “pre-buzz”, up to the stunt itself.

This outrageous technique made the audience watch in anticipation, and when the stunt did happen, it created tons of engagement.

The hilarious method can work like a charm for brands that are a little more “light-hearted”.

Instagram public figures, B2C marketing models, and businesses whose target audience is youthful, such as makeup brands, can find real benefit by creating buzz through a hilarious digital campaign.

Spotify’s “Listen like you used to” digital campaign is funny and nostalgic and created some great buzz from Spotify’s crowd, mainly because of its witty copy:

Spotify decided to utilize the data they had of the musical taste of mainly Gen-Y, Gen-X, and (some) Millennials, seeing as the two former generations are often overlooked.

And here’s a sample of the buzz it created:

These are the favorites (or “faves”, in Twitter lingo) this campaign got from one person’s post alone.

Everyone loves a little secret, and everyone feels unique upon realizing that they’re the only ones knowing a secret, about which others have no idea.

For this buzz marketing technique, sneak peeks of behind-the-scenes content are, without a doubt, your friend.

Another great trick you can have up your sleeve if you’re about to use the “Secrets” button to create buzz around your name, would be the reveal, but with a twist.

On June 15th, 2011, some teasers appeared, creating buzz around a new project that had to do with J.K. Rowling’s Harry Potter, but nobody knew a thing.

On that date and after creating a ton of buzz around that project, J.K. Rowling announced the launch of Pottermore. But with a twist.

On July 31st, 2011, the site was open to those who wanted to complete the Magical Quill challenge and become the website’s beta testers by completing early registration.

This went on for seven days. Facebook pages went crazy with clues, answers, and disappointed fans swearing to try again.

One million fans set up an account and became beta testers. Until the trial period ended on April 14th, 2012, news, feedback, images, and message board conversations had been shared around, creating extraordinary amounts of buzz.

All that, because some knew a secret and were brand ambassadors, while others wanted in on the same secret.

Buzz marketing is one of the most powerful weapons out there if you need to get people talking about you.

Just remember to use your data, and analytics, and have people make discussions about your brand in the context of what interests them.

That way, using one or two of the techniques mentioned above, will feel natural.

You can use more than two, or even all of them. Just don’t overdo it and make sure to create content that will match your brand tone and will be aligned with your efforts.

Téa Liarokapi is a content writer working for email marketing software company Moosend and an obsessive writer in general. In her free time, she tries to find new ways to stuff more books in her bookcase and content ideas-and cats-to play with. 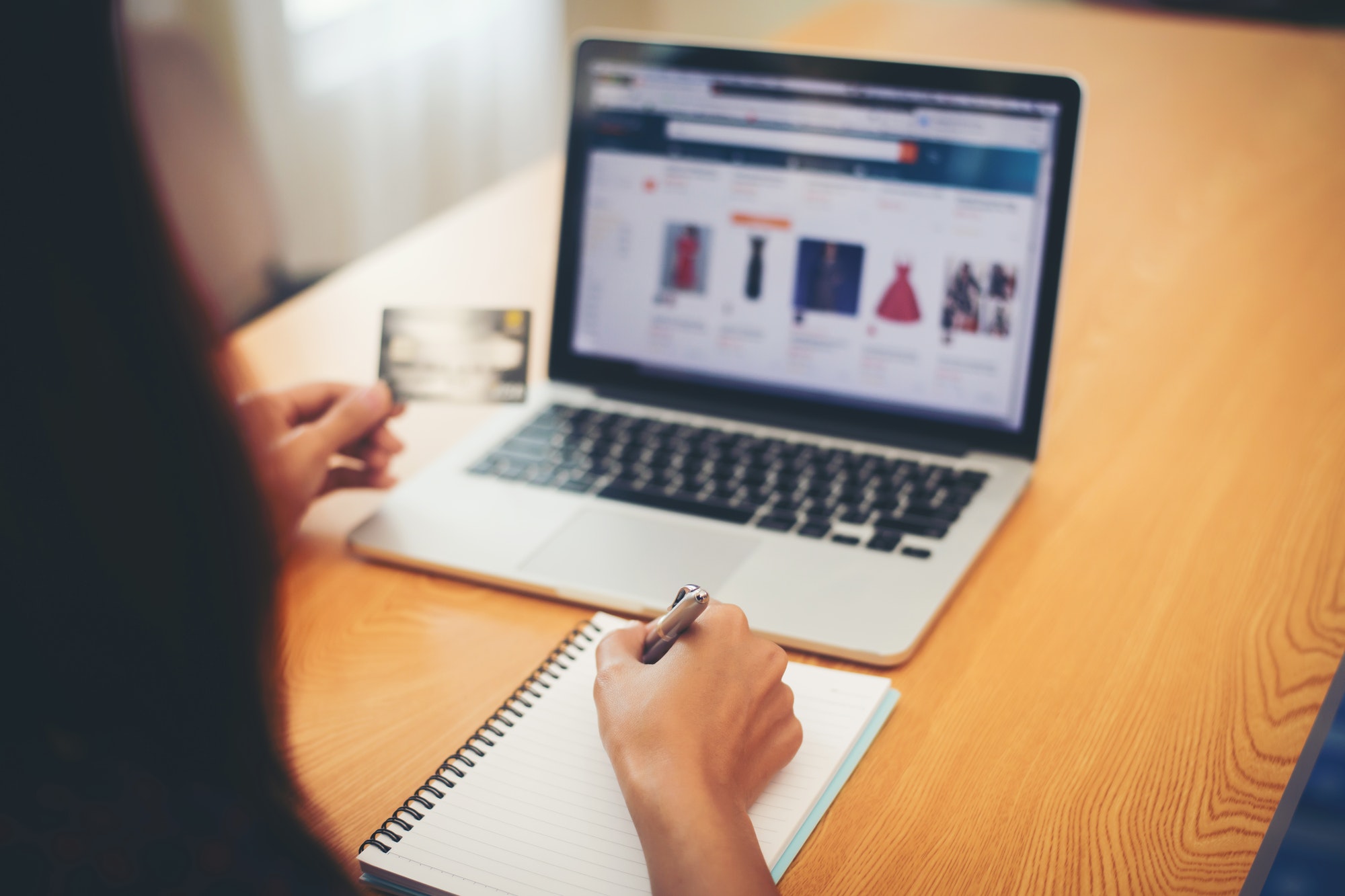 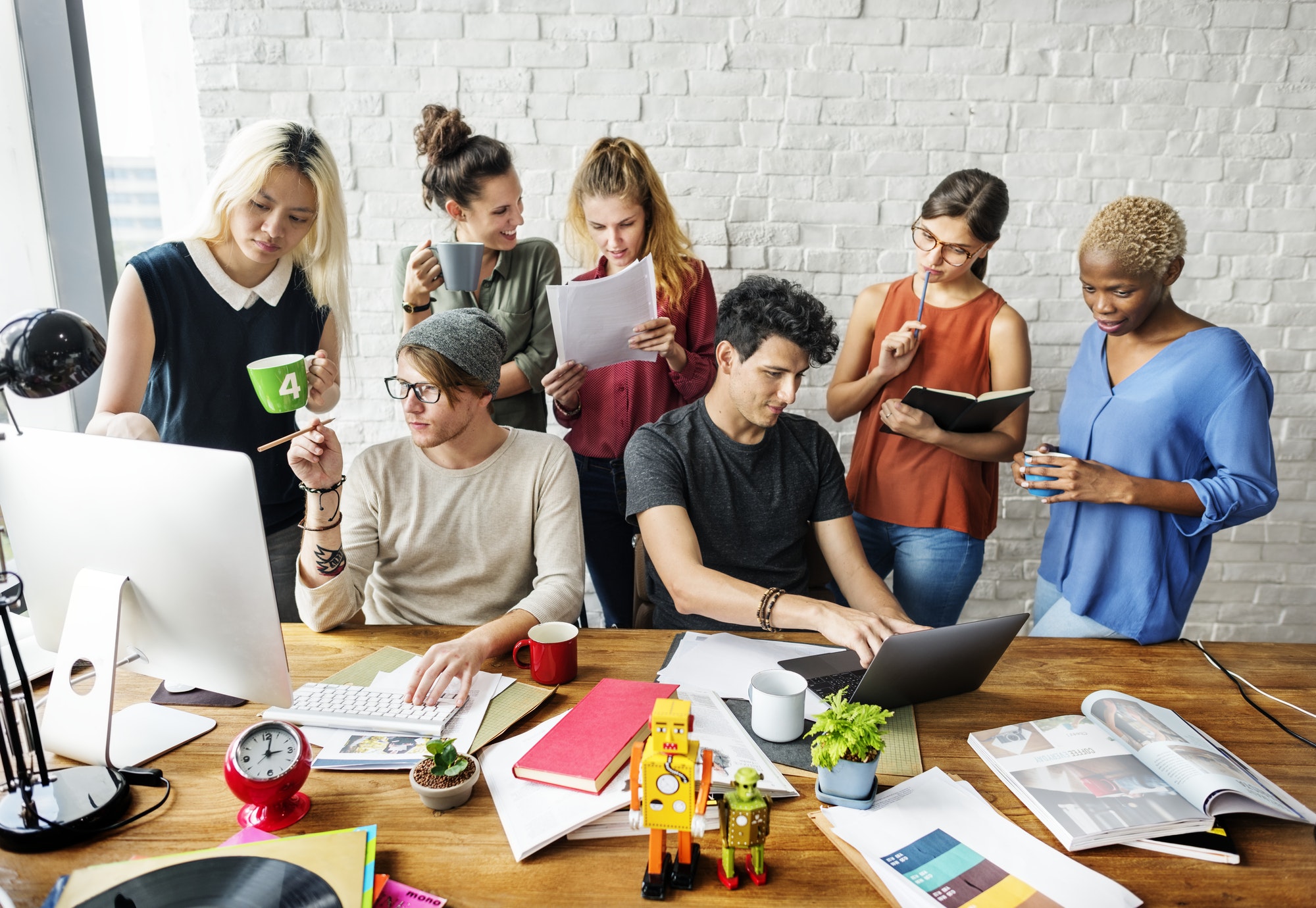