For over a year, we have had the opportunity to work with Quincy University on various projects, including revamping their main site. After spending a year immersed in Quincy’s website and culture, we all feel like honorary Hawks here at Matchbox, so when we were asked by Quincy’s Marketing Director, Heidi Meyer, to take on the rebranding for the largest capital campaign the University has ever conducted, we were excited and scared to represent our new symbolic alma mater.

A Capital Campaign is an intensive fund raising effort designed to raise a specified sum of money within a defined time period to meet the varied asset-building needs of an organization. –IUPUI Philanthropy

The Capital Campaign team spoke with several agencies and they had a keen sense of what they didn’t want. Our task was to find out what they did want in a relatively short timeframe and budget.

We gathered the team for a brainstorm. We needed to find a message that connected with prime target donors. It was important to tap into that sense of Hawk pride we grew fond of every time we visited the beautiful Quincy campus and every time we met with their savvy marketing team. We wanted to give a sense of history and nostalgia without losing the idea that this campaign was about Quincy’s future.

“After thoroughly researching other university’s capital campaign efforts, we held an all-team brainstorm to collaborate on our individual findings. While we had to understand the competitive university landscape, we also looked at the donation efforts of prominent organizations in the St. Louis and Chicago areas, where most of our high-end Quincy donors lived. Those places are our competitors, too. We had to know what motivated people to donate to a charity over their alma maters, and that’s where our insights began to spring,” said Emily Voss, Digital Project Manager. 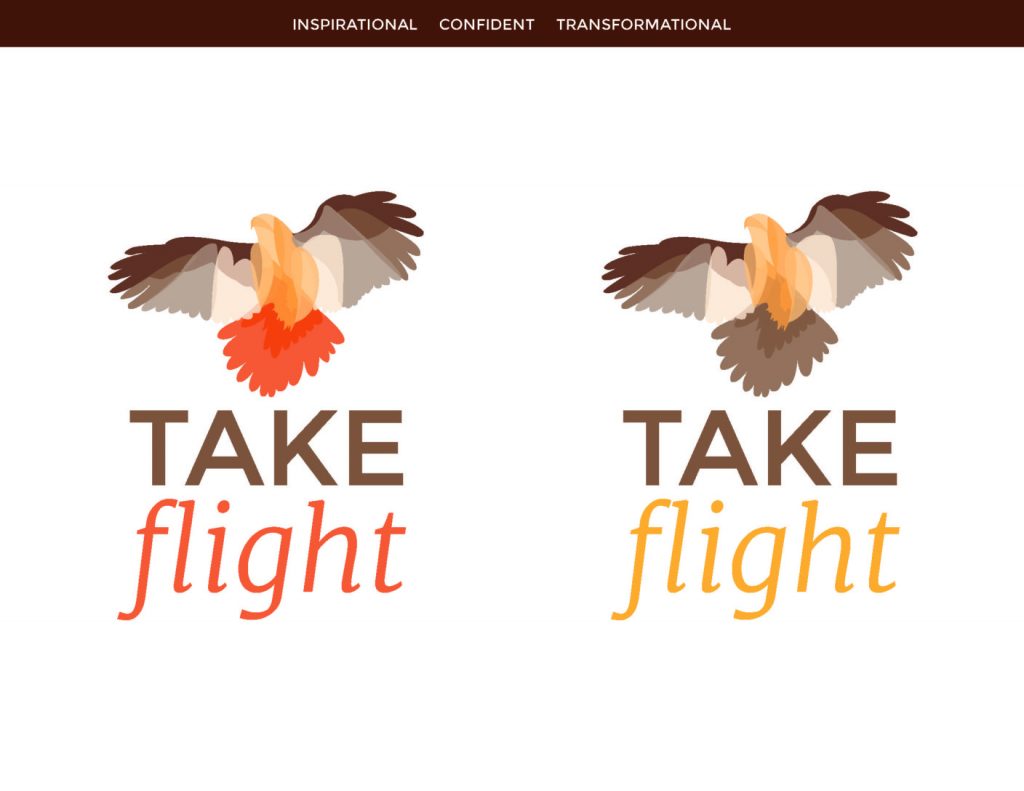 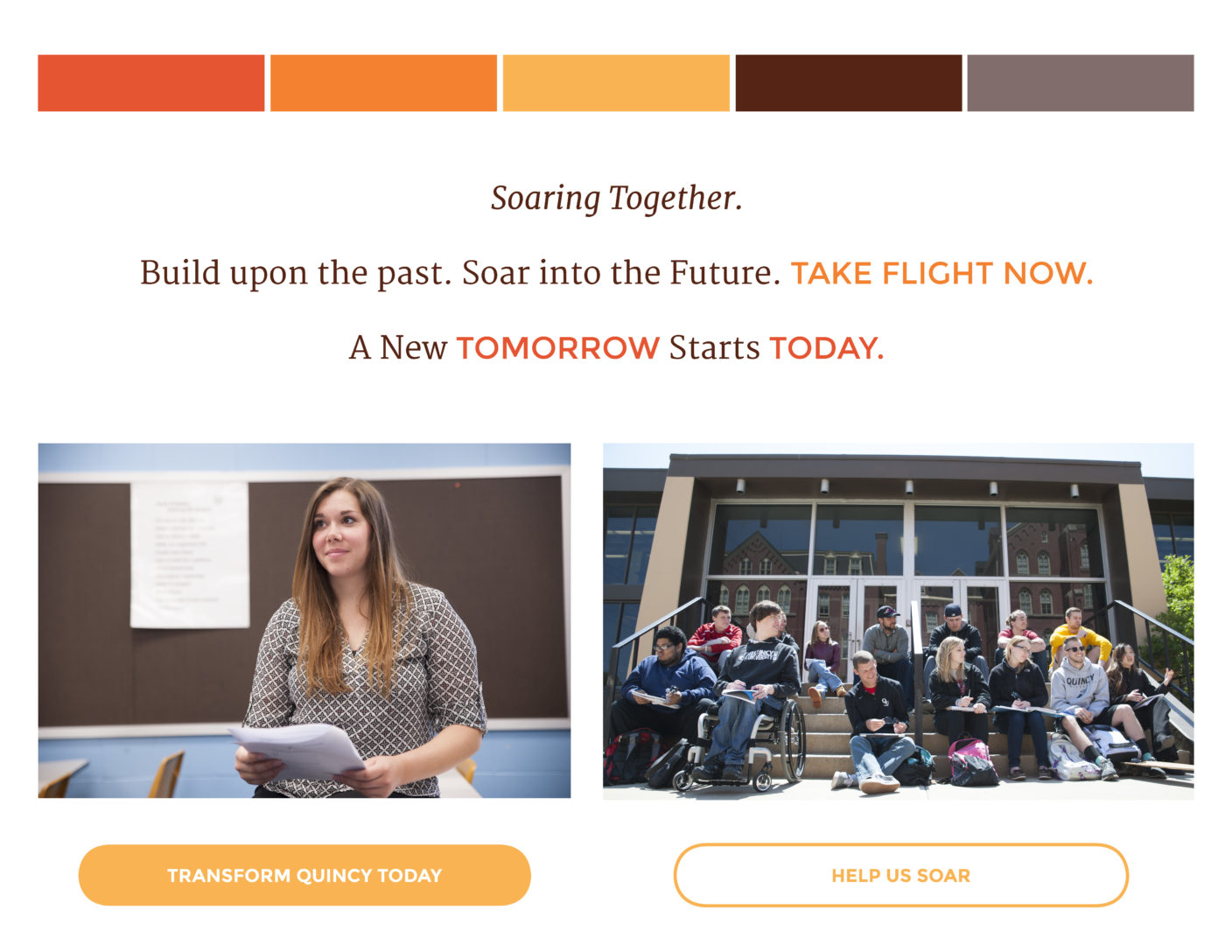 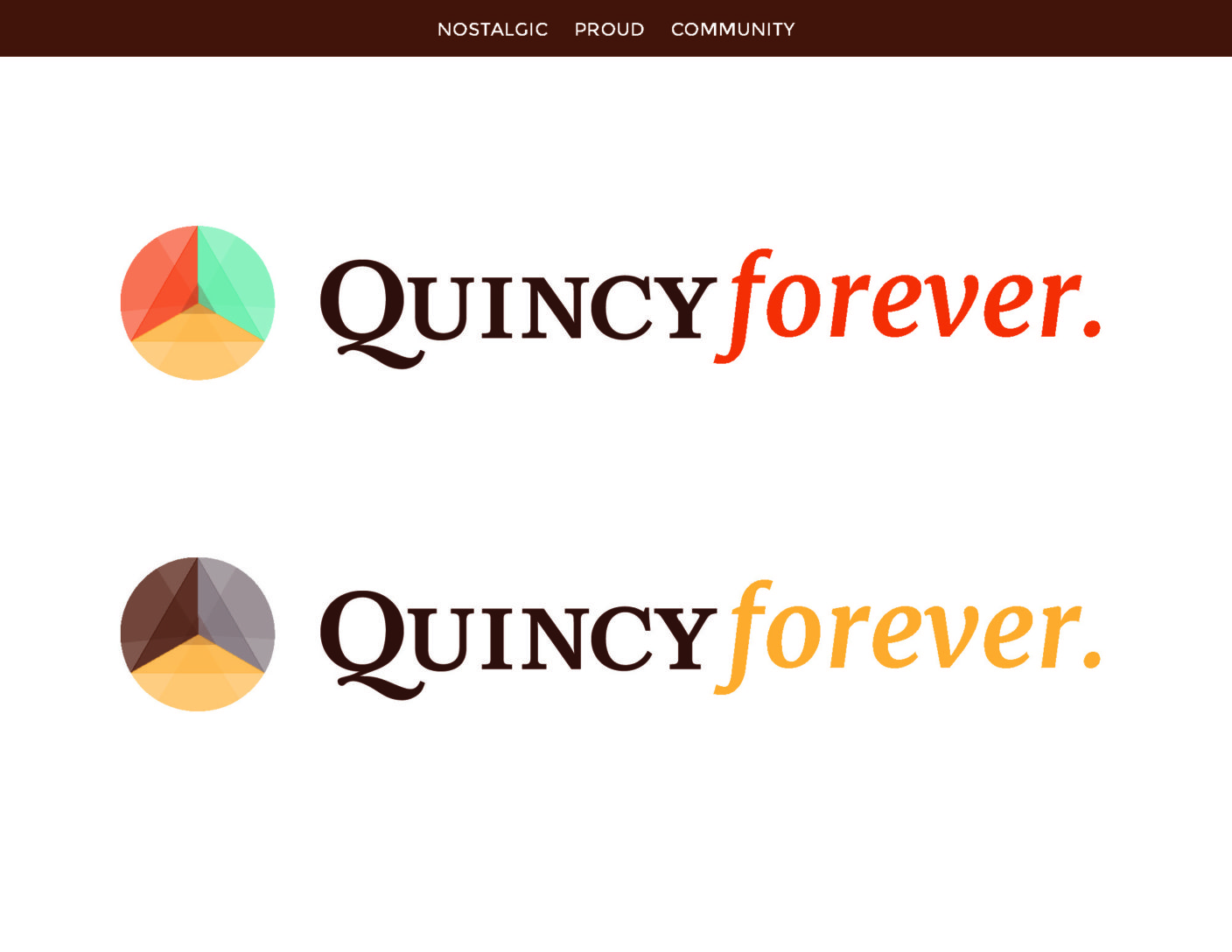 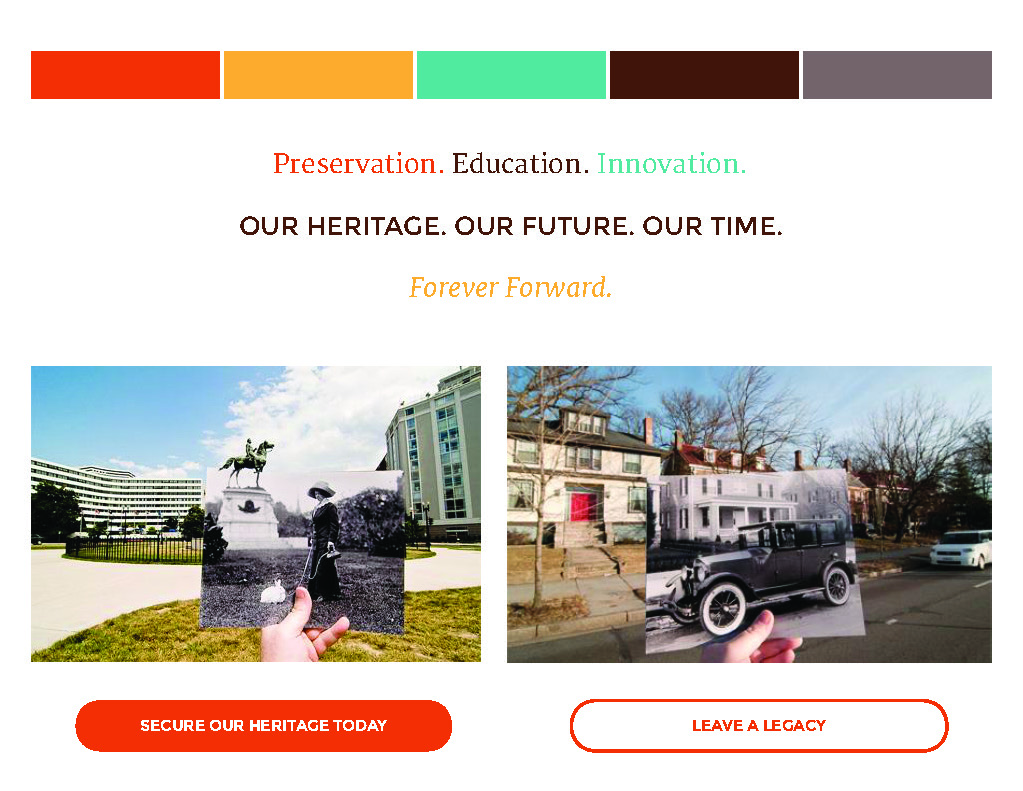 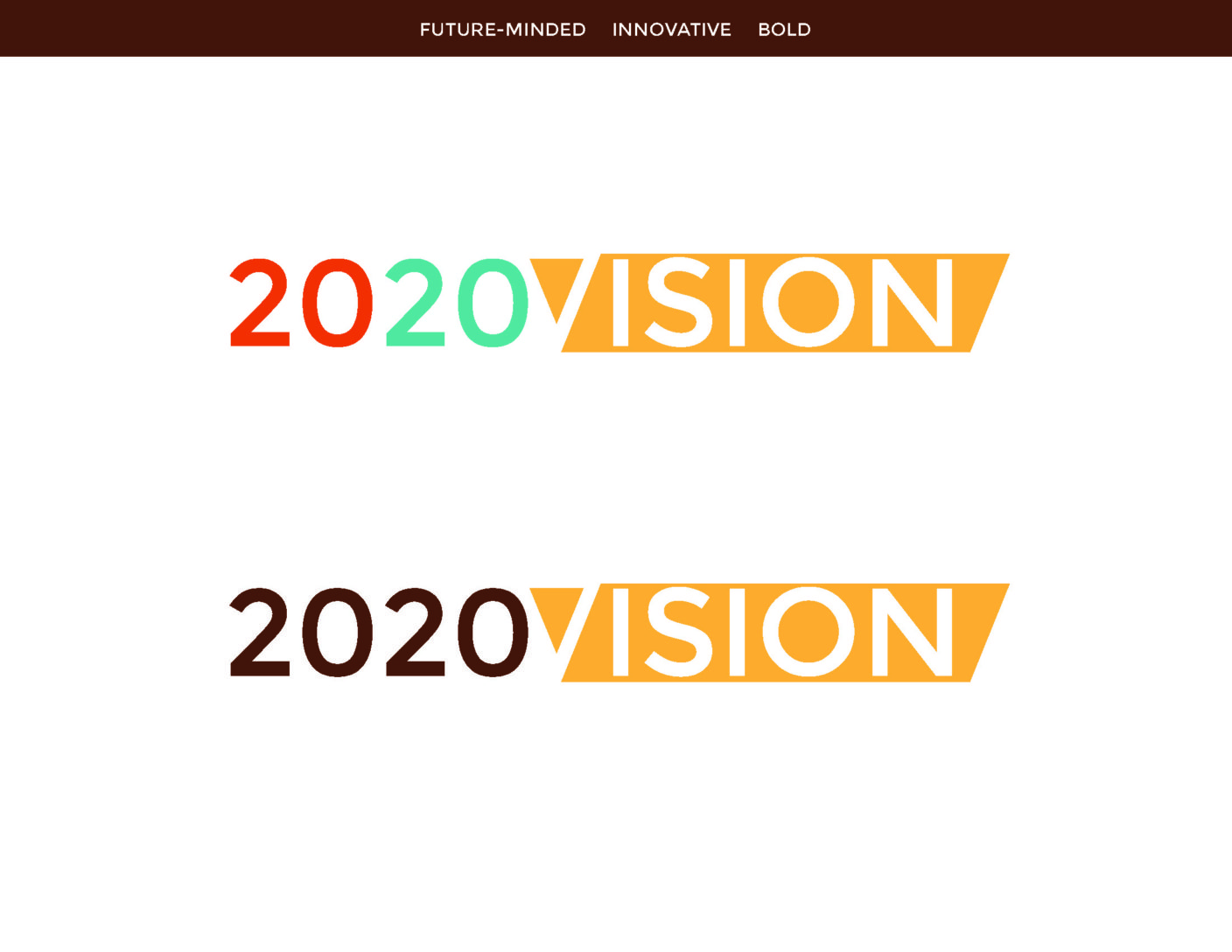 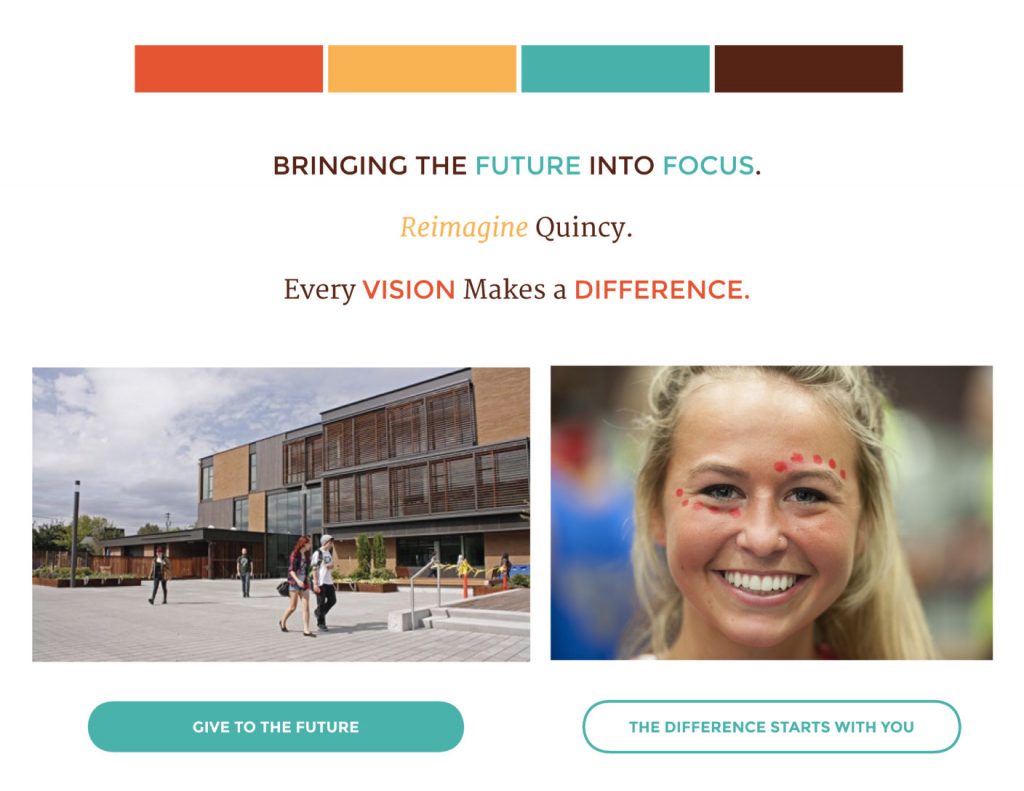 We presented our three ideas to the capital campaign team and it was a good start. (Even the president of the university, Dr. Gervasi, was present to express his appreciation of the work—and his favorite logo option.) They liked the direction and ideas, but one concept did not stick out as the clear winner to them, as there were key aspects of each concept that they believed would all work together. As designers and writers, we had to find a way to integrate these ideas smoothly.

While drawing on the successes of the past, present and future, we ultimately created—and Quincy decided on—Forever Forward. It connected donors to a sense of pride that encouraged them to enrich the future for students.

Our Heritage. Our Future. Our Time.

Grounded in Faith. Growing our Future.

The Story of a Lifetime (For Featured Testimonials)

Icon: The Capital Campaign team liked the Forward logo, but since we moved away the from the Quincy brown and gold, there were concerns that someone would see it and not know it was  from Quincy University.

In one of our meetings about the logo with the Quincy team, Dr. Gervasi told a story that perfectly resonated with what we were trying to portray. There was a beautiful window at the top of Quincy Hall, the most identifiable and historic building on campus. The window had broken and for years in was boarded up as a temporary fix.  In 2007,  a beautiful new window was put in place. This story and this shape perfectly symbolized meshing the old with the new. Using the colors and the stained-glass effect from our original logo we carried over the clover-shape. The image was perfect and undeniably Quincy. 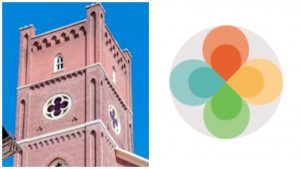 Once we created a brand and a message, we had to move quickly onto the deliverables. The Quincy Capital Campaign team needed collateral for their gala—the event that would kickoff their five-year campaign to bring the university into the future. The first deliverable we started with was the invite.

Since this would be sent to some of the most important people to the campaign, the invite needed to be the perfect introduction to the Forever Forward brand.

“The inspiration for the invitation came from a deeper dive on the stained-glass window and what it meant to Quincy. The window gives light to Quincy hall, but it’s also a window into the legacy and history that this 150-year-old institution has to offer. For recipients, it was a window into the campaign to help preserve this. It was also a preview of the moniker we developed to represent this heritage.”  -Brent Feldman, Director of Design and Managing Partner

For printing, we worked with Larry Bloch at The Printing Source. Larry shared our eagerness to create something captivating for the gala invitees, he was able to bring our designers’ shared vision to reality. 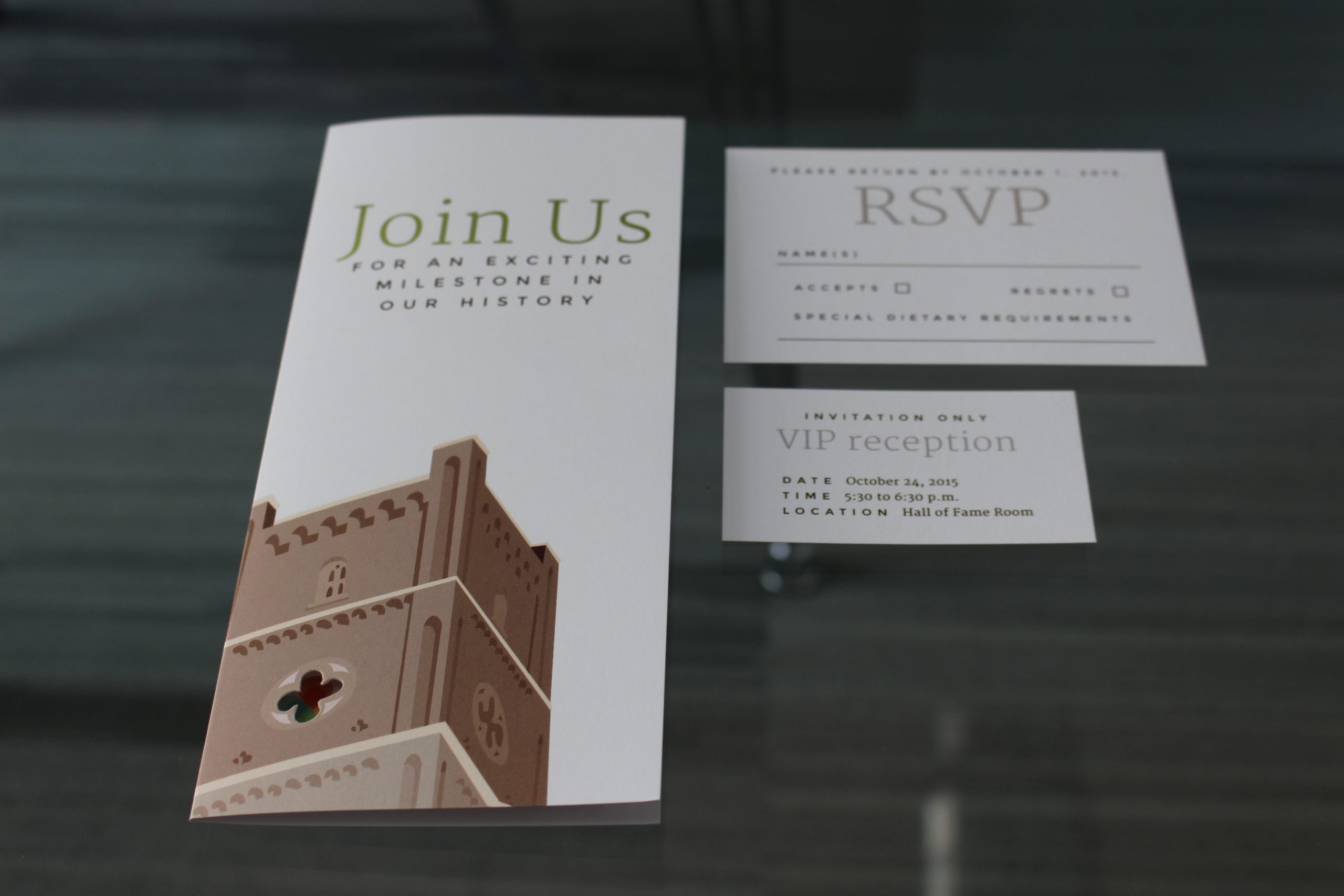 With Larry’s help, the invite design was a hit with the Quincy Capital Campaign team.

Our next assignment was creating the Forever Forward website. The site needed to be the homebase and central resource  of the campaign, not only for the people attending the gala, but for all supporters of the campaign over the next five years.

“I wanted Quincy’s landing page for the capital campaign to be engaging and create a personal connection with potential donors. Drawing inspiration from sites like Kickstarter, we included an interactive meter that would expand/fill up and could be updated to show how much money Quincy had raised thus far—and how much more they had to go. The capital campaign was focused on specific projects, so we used photos of campus life to connect with donors. These photos of students and teachers were meant to remind them that these donations do benefit the school, but even more so, they benefit the people who come to Quincy to learn, teach and grow.” -Sarah Kidwell, Designer

We created individual landing pages that could speak to each kind of donor—from companies who were donating thousands of dollars to new alums who were giving $50. We wanted to create a space that involved everyone while presenting them with a clear call to action.

The site had to link to the software that the university used for donations, called Qgiv (happy coincidence). The development team set out to create an iframe to smoothly transition users from the Forever Forward site to the Qgiv platform.

With a quick turnaround and a few redirections, the site officially launched Saturday the 24th. We are thrilled for Quincy to start this exciting new phase in the University’s history—and we are honored to be apart of it. The Capital Campaign team and Marketing Department have worked tirelessly to shape a message that the alumni will be very proud of. 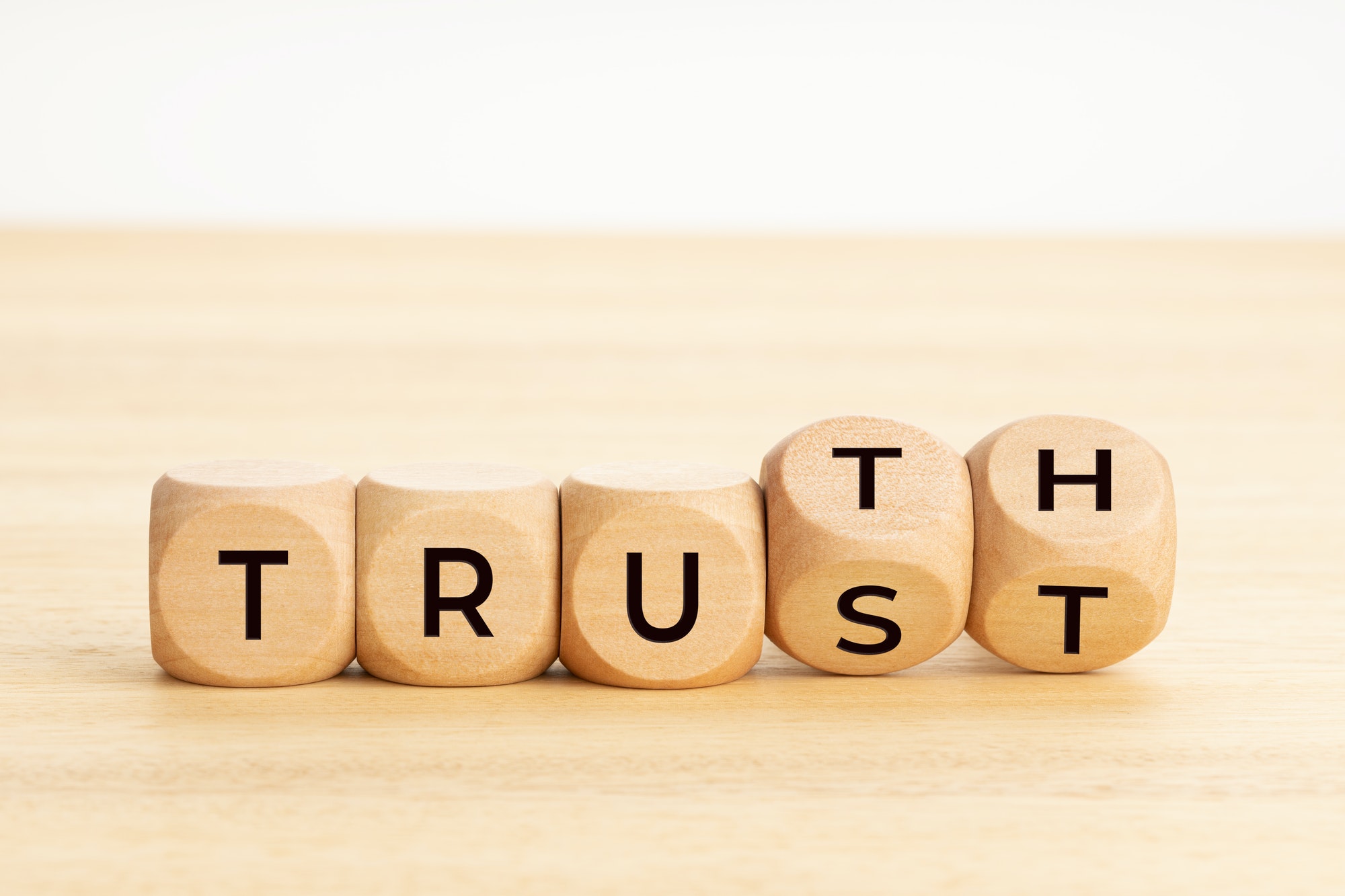 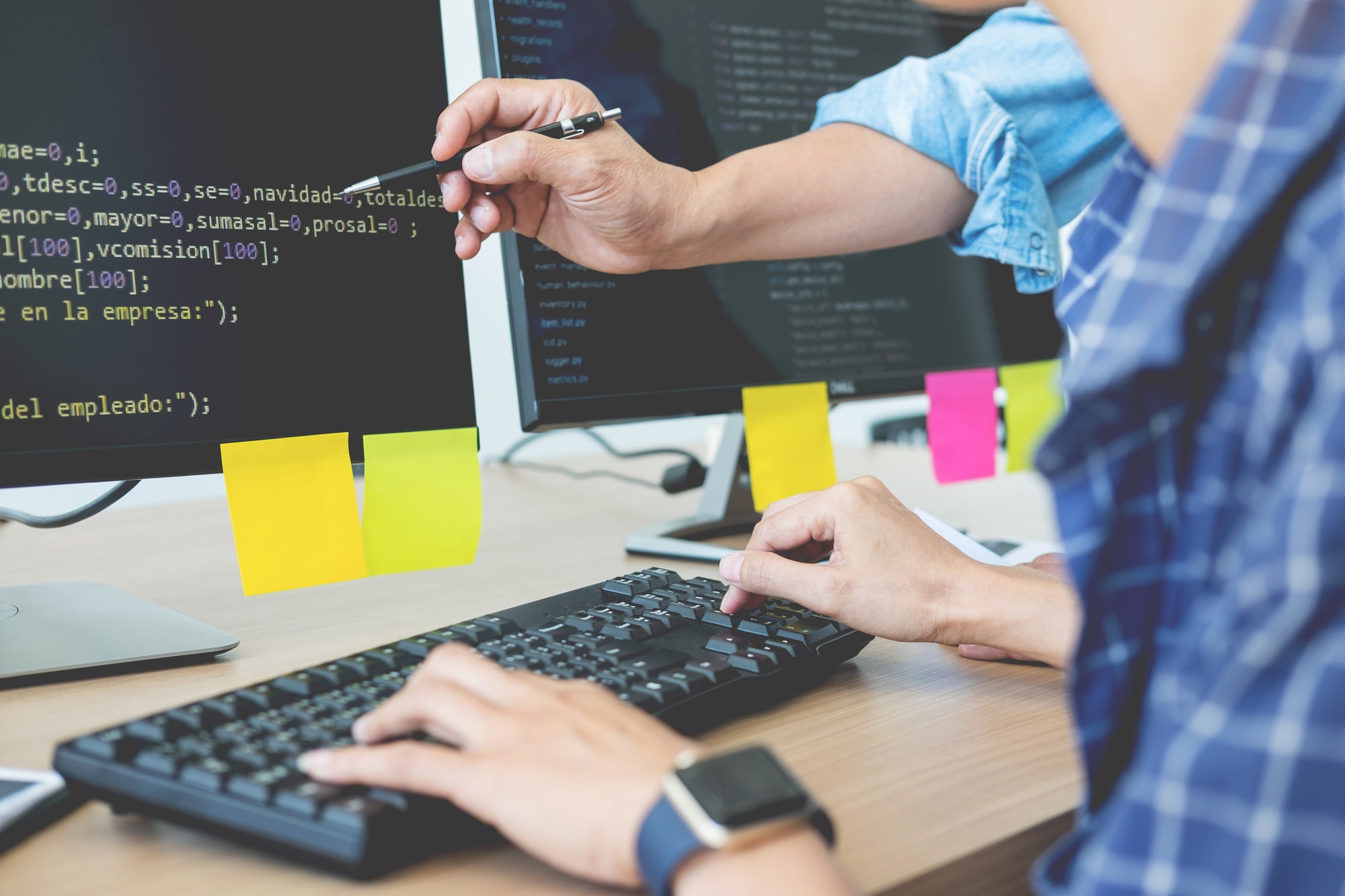