How To Actually Engage Customers Using YouTube, Podcasts, And More

Engaging customers is hard, everyone knows it.

Fortunately, there are more ways than ever for your business to maintain your customer’s attention.

The most obvious method is using social media — people love it when they see Wendy’s account roasting McDonald’s, for example. However, it’s one thing simply running a Twitter account or a YouTube channel, and another thing to do it right.

Here’s how to use the internet to actually engage customers.

A lot of companies have YouTube channels. Slack, the workplace messaging app, for example, has accumulated over 25 million views on its channel since 2014 — that’s a lot.

Where have these views come from? Mostly, they’re on adverts and how-to videos. This content is important, especially so for educating potential customers about your product and business. However, it’s also possible to build a dedicated following on YouTube.

BMW and GoPro, for example, create excellent content to show off their latest products. The German carmaker’s recent ‘This is Option 2’ video, to show off its new 2 Series Gran Coupe, attracted 34,000 views. Similarly, GoPro’s recent ‘Motorcycle Wheelie Acrobatics in 4K’ video received over 60,000 views in just over a day.

GoPro’s most popular video ‘Backflip Over 72ft Canyon’ has received over 115 million views. It’s a pretty straightforward (but impressive) two-minute production of someone riding a mountain bike down a very steep mountain and doing two huge backflips.

BMW’s most popular video ‘The Small Escape’ is akin to a short Cold War spy film. Based on a true story, it shows one man modifying his tiny BMW Isetta bubble car — Google it, it’s worth it — to smuggle people out of East Berlin. It has attracted over 22 million views to date.

Our favorite channel, though, is Vat19. It’s an online toy store that has over 7 million subscribers on YouTube. It produces incredibly slick videos to show off the products it sells with no over-the-top sales pitches. Vat19 produces content that people genuinely want to watch and it just happens to sell most of the products it features.

Of course, you need to make sure that your YouTube channel matches the branding of your business. There’s no point in pumping money into a free-to-use platform if it doesn’t match the rest of your brand. It’s also important that you have a great-looking, properly designed website, as this is where customers will head next from your YouTube. Cost is also an important factor – a website can cost anywhere between $500 to $10,000, depending on your requirements.

What Can Your Business Learn From These Popular YouTube Channels?

There are two key tenets that run through each of the channels we’ve mentioned. The first is a high-quality upload. The videos produced by these companies are slick, professional productions that any videographer would be proud to put their name to.

The second is regularity. All these channels typically upload videos more than once a week. As you can guess, this requires a large team to commission, create, and upload with months of forward planning.

If you don’t have a large team, however, a good example to follow would be a channel like Guitar Center. Its videos are simple, typically with a presenter talking to someone selling or playing the guitar — and that’s it. Uploads are regular and the quality, while it can’t match BMW’s ‘The Small Escape,’ is still strong.

Podcasts are big business, at least for independent creators and media companies.

But how can you use the medium to attract and retain customers? Let’s turn to some companies that are doing it well, for advice.

Blue Apron’s 2017 podcast series, ‘Why We Eat What We Eat,’ talks about the stories behind food and presents them as if they were made by a media company. There are chats with people hosting dinner parties, people who have changed how they eat to address climate issues, and people who helped make kale big.

What’s great about ‘WWEWWE’ is that there’s no aggressive marketing and no eye roll-inducing links to Blue Apron’s operations. It’s simply a genuinely interesting podcast.

One trap companies often fall into when making podcasts is talking about topics that focus on ‘business’ or ‘innovation’ or ‘entrepreneurship.’ While it might be easier to get a podcast about work signed-off by the higher-ups, most regular people — the people who actually need to listen — often don’t care about these topics. Podcasts should be a distraction from their day-to-day, not a reminder.

Another great branded podcast is ‘The Secret to Victory’ by Gatorade. The premise is simple, top sports stars are interviewed about their biggest wins, defeats, and how they motivate themselves. The interest here comes not from the format, it comes from the subject — people love hearing from their sporting heroes, not inane and unknown businesspeople.

What Can You Learn From These Podcasts?

You need to find a compelling topic before you do anything else. Start with the topic for a podcast and build out the episodes from there.

Again, regularity is key here. If you can send out a podcast once a week — brilliant. Once a fortnight is fine but we’d advise against anything more infrequent. Anything more than once a week might be overkill, however, as people need time to listen to your shows.

Keep advertising and marketing light. Sure, mention your company’s name, perhaps even a bit about what you do, but the podcast should be adjacent to the services you offer, not an advert for them.

To create effective social media engagement you need to create interesting, original, human content. Unfortunately, creating that sort of content can be tricky.

However, it pays to think laterally about the work your business does and how you can move this to social media.

Back in 2018, the New York Public Library created a great campaign to engage with younger people on Instagram. It posted full transcripts of classic books on Instagram Stories, to promote its new Ebook series (it also saved the books to Highlights, so you can still read them now).

More recently, sports company Adidas created a campaign in which small-sided soccer teams in London could send an SMS message to Adidas to get a ringer for their team. Some of the ringers were just good footballers, but some were full international players including England’s Eni Aluko as well as World Cup winner Kaká. The so-called ‘Rent-a-Pred’ service (to promote Adidas’ new Predator football boots) was a storm on Twitter and Instagram.

There wasn’t a lot of promotion from Adidas, but a short video of Kaká scoring in a six-a-side match in Hoxton, and a later video of him being nutmegged in the same match, ensured that the campaign would reach pretty much every football fan around the world.

What Can Your Business Learn From These Campaigns?

Originality is key. People aren’t going to want to engage in content that they’ve seen before — particularly if they have no previous relationship with your brand.

Another factor to remember is that, fundamentally, you are still trying to sell stuff to these consumers. You can be more direct than you can be with podcasts, though you’ll still need to be creative. Don’t try to be their friend on social media, people aren’t as quick to jump on a friendly corporate Twitter account as they used to be. Plus, it’s hardly original any longer.

And don’t try and force the message down people’s throats. A good campaign will succeed without being spammy.

Tom Fogden is a writer for Tech.co with a range of experience in the world of tech publishing. Tom covers everything from cybersecurity to social media and website builders when he’s not reviewing the latest phones, gadgets, or occasionally even technology books. 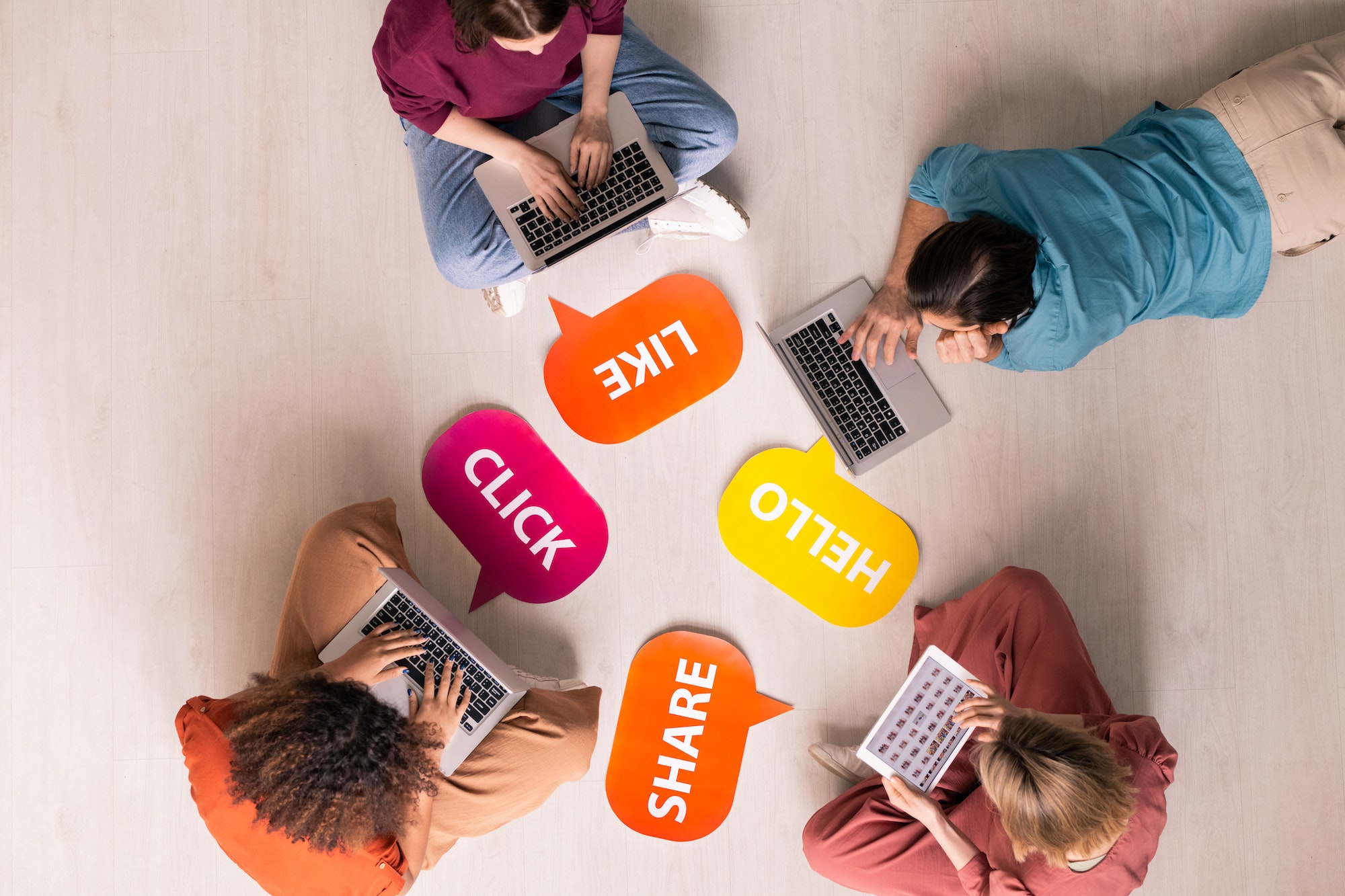 8 Essential Tips For Brands Getting Started In Social Media 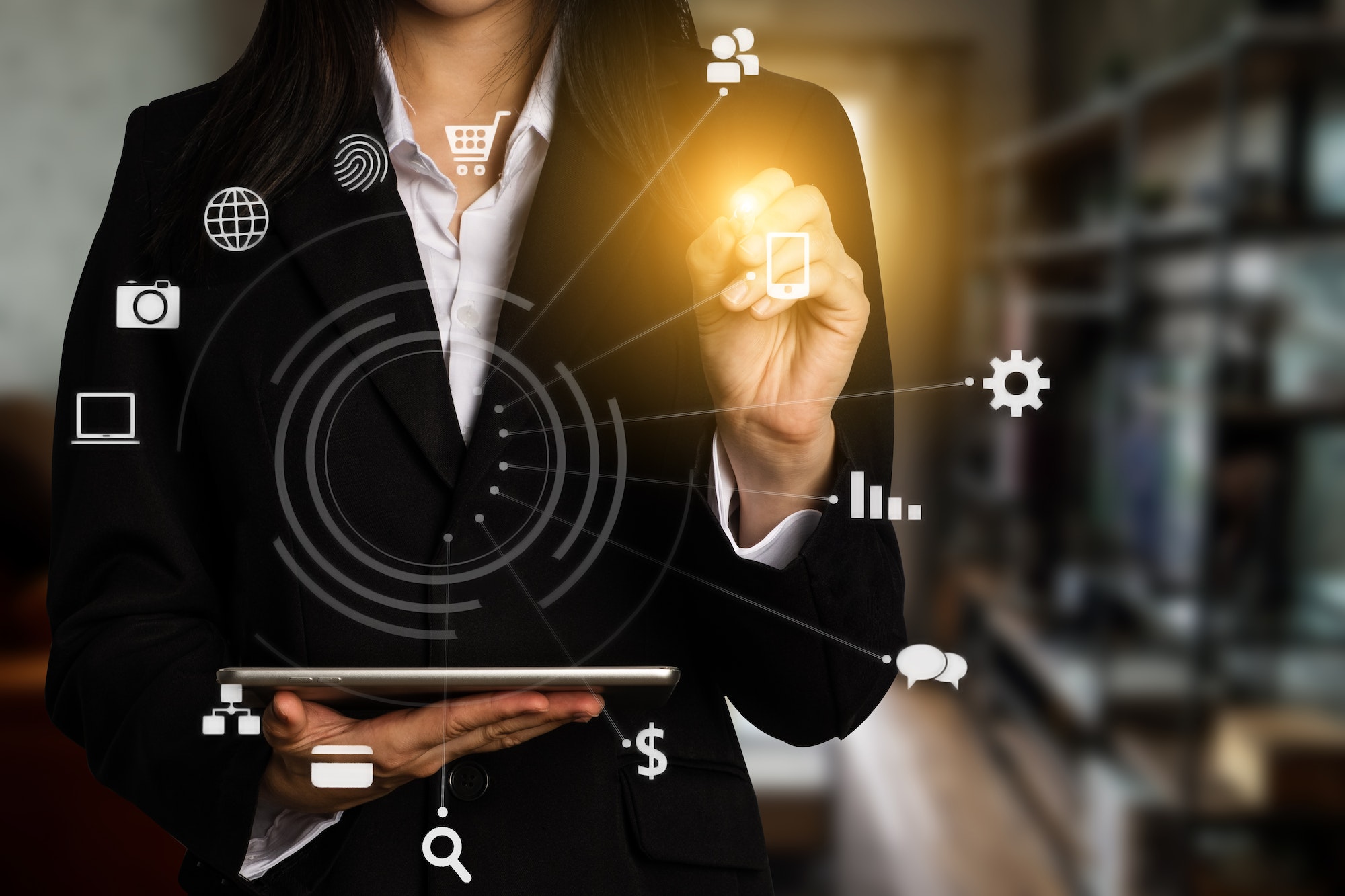